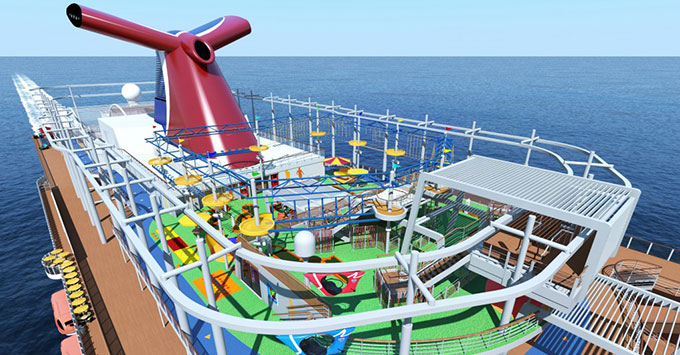 Carnival Cruise Line’s next new ship, Carnival Horizon, will spend its first year in 2018 sailing from a variety of homeports, including Barcelona, New York and Miami.

The 3,936-passenger ship, a sister to Carnival Vista, will debut April 2018 with a series of Mediterranean sailings departing from Barcelona, Spain. Its maiden voyage will kick off April 2 and span 13 nights, calling at Rome, Naples, Dubrovnik, Greece, Sicily, Malta and Sardinia. Two seven-night cruises and a 10-night cruise, all in the Mediterranean, will follow.

On May 9, Carnival Horizon will reposition to New York with a 14-night transatlantic trip before beginning a series of eight-night sailings to the Caribbean throughout the summer. Stops on the Caribbean cruises include Grand Turk, San Juan and Amber Cove.